An Easy Vegan Soft Cinnamon Rolls Recipe for you made with just 6 basic ingredients, fully plant-based, soft as a pillow, and delicious! 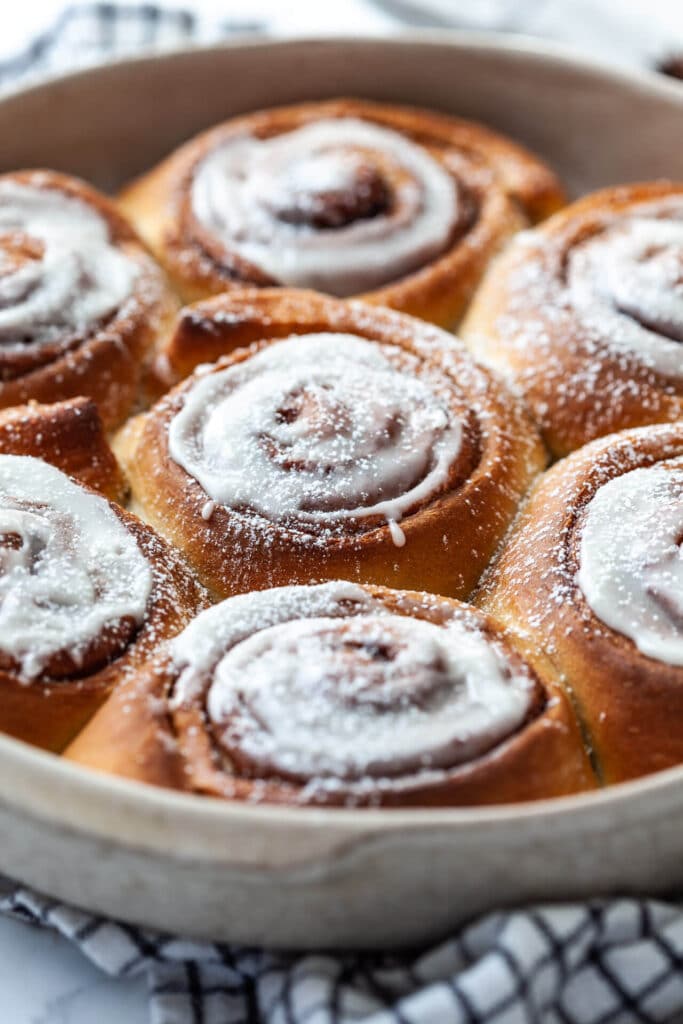 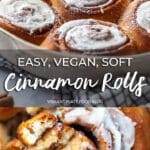 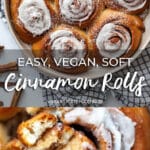 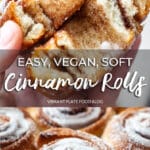 I am a bit late to join the Cinnamon Rolls craze, and honestly, I don’t know what took me this long to bake them. Who knew, cinnamon rolls are delicious!

And this easy recipe makes the Softest and Vegan Cinnamon Rolls, with a sweet cinnamon sugar filling, and a delicate icing on top.

We’ll be having these Vegan Cinnamon Rolls day in, and day out.

To make this Vegan Cinnamon Rolls recipe you will only need 6 basic ingredients, that you probably already have in your pantry: 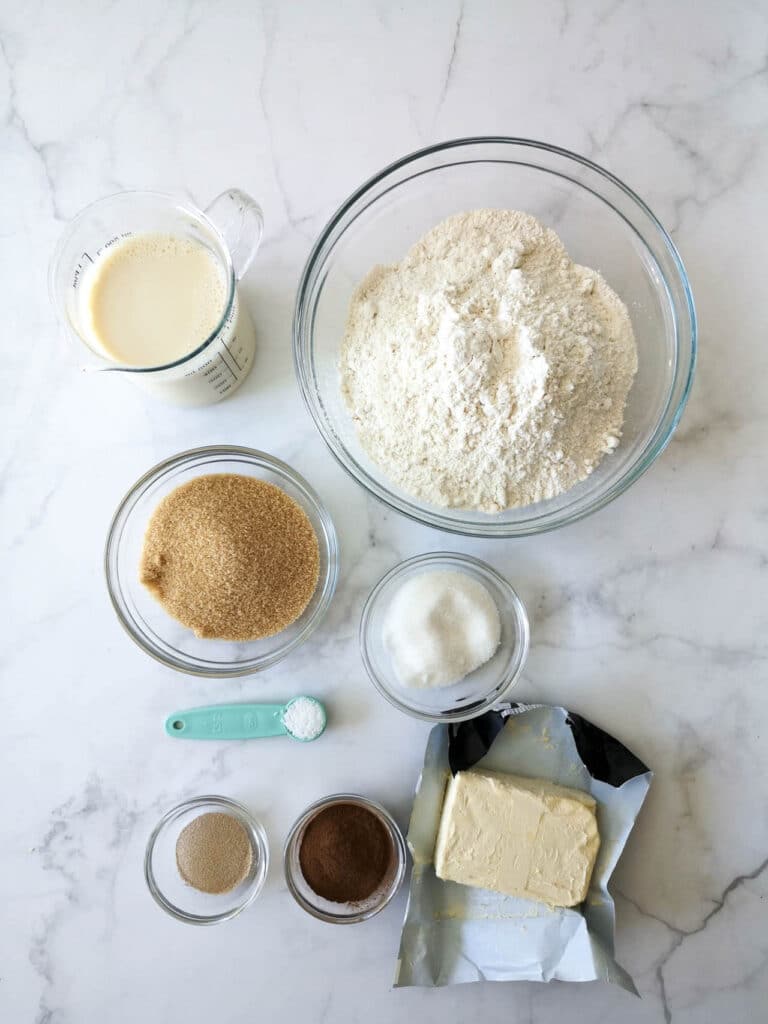 To make the cinnamon filling you will need just 3 ingredients:

To make the sweet icing you will need: 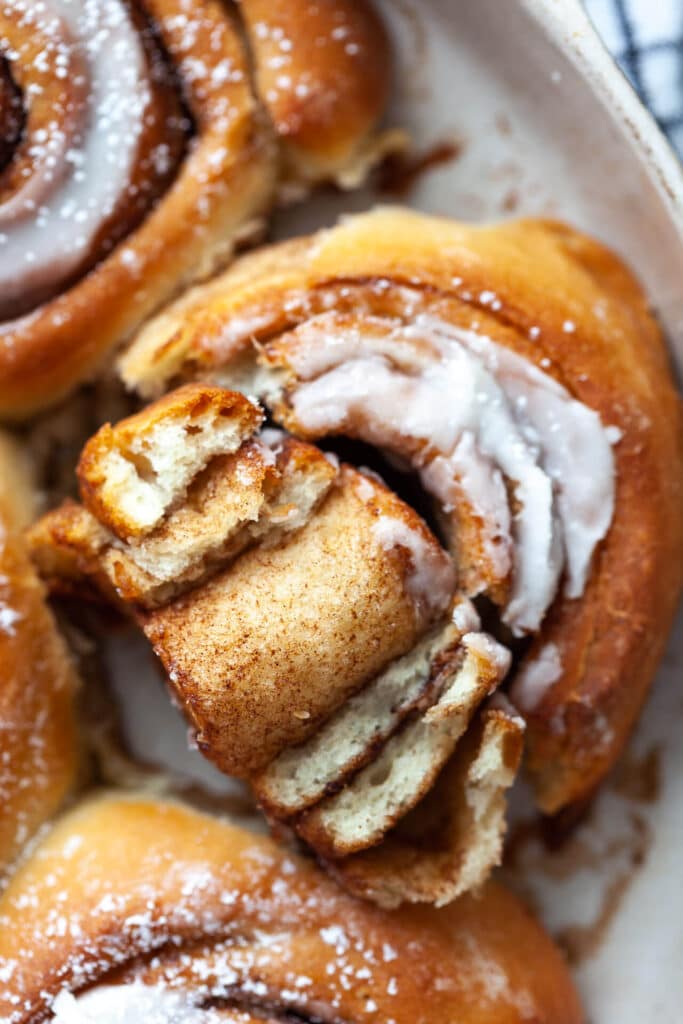 How to make this Vegan Cinnamon Rolls recipe

Making these cinnamon rolls is really easy, and it only takes 5 steps:

The one thing to remember with this recipe – make sure all your ingredients are at room temperature before starting.

So let’s take a better look at the instructions.

We like to always prepare the yeast separately, to check it’s still active. So we do this step just to make sure that the yeast actually activates. If your yeast is fresh, you can just add it to the flour, but if you are not sure, then mix the yeast with some warm milk. We also like to add a sprinkle of sugar and flour to help the yeast activate and grow – yeast thrives on simple sugars. Once mixed, cover it up with a towel and let sit for 10 minutes – you’ll know the yeast is ready when it starts to foam and bubble.

While you wait for the yeast, mix the milk, melted vegan butter, and sugar in a large bowl. Then, pour in the yeast mixture, add flour and salt. Mix until combined, but no need to knead the dough at this point. Just cover the bowl, and let it rest for about an hour or so until doubled in size. If your room is a bit cold, or your ingredients are cold, it may take up to two hours for the dough to rise properly.

Once your dough is double in size, turn it out on a well-floured surface, and knead the dough, until smooth and elastic. Add more flour as needed, until it does not stick to the surface anymore.

Then, flour the surface again, and roll the dough out into a large rectangle, about 1 cm (1/2 inch) thick. 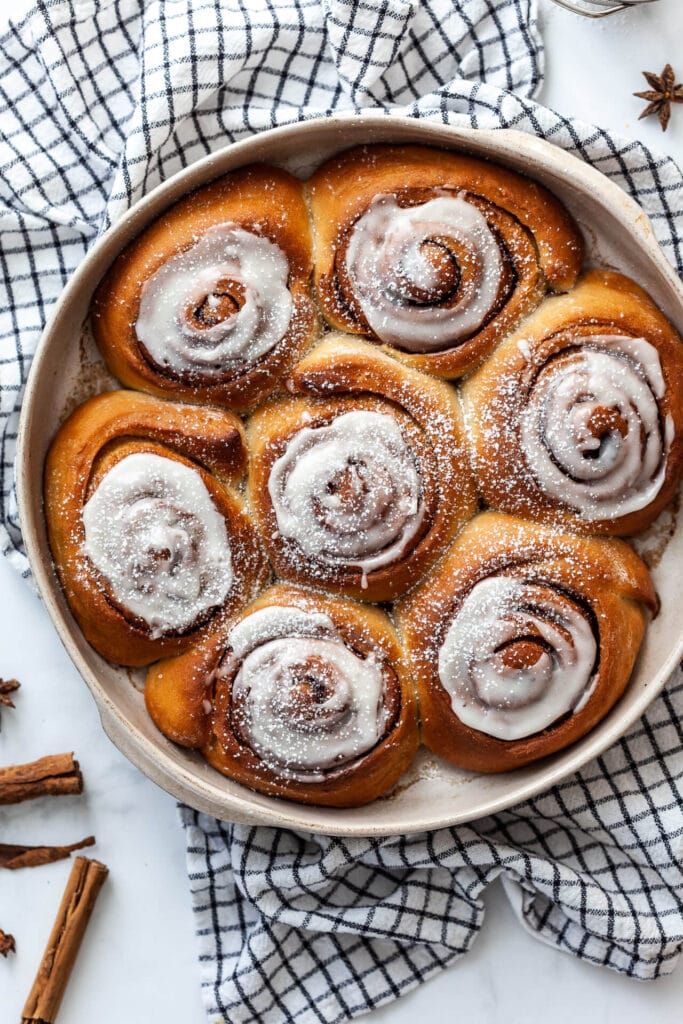 When your dough is rolled out, spread it with vegan butter – keep it at room temperature so it’s nice and soft. Sprinkle brown sugar and cinnamon on top, then roll the dough up into a log and cut it into slices.

We like to first cut the log in half, and then keep halving, so our slices are evenly sized – we got about 16 pieces out of the dough. You can use a knife to cut the dough, but a thin kitchen twine or unflavored dental floss works best.

Then, add the cinnamon rolls to the baking pan(s), cover, and let rest another 30 minutes. During this time, the rolls will rise significantly and will continue to rise while baking, so leave enough room in the pan.

When the rolls are done rising, stick them into the preheated oven and bake for about 25-30 minutes, or until golden-brown in color. Once baked, remove them from the oven, let rest for a couple of minutes, then drizzle with the icing. 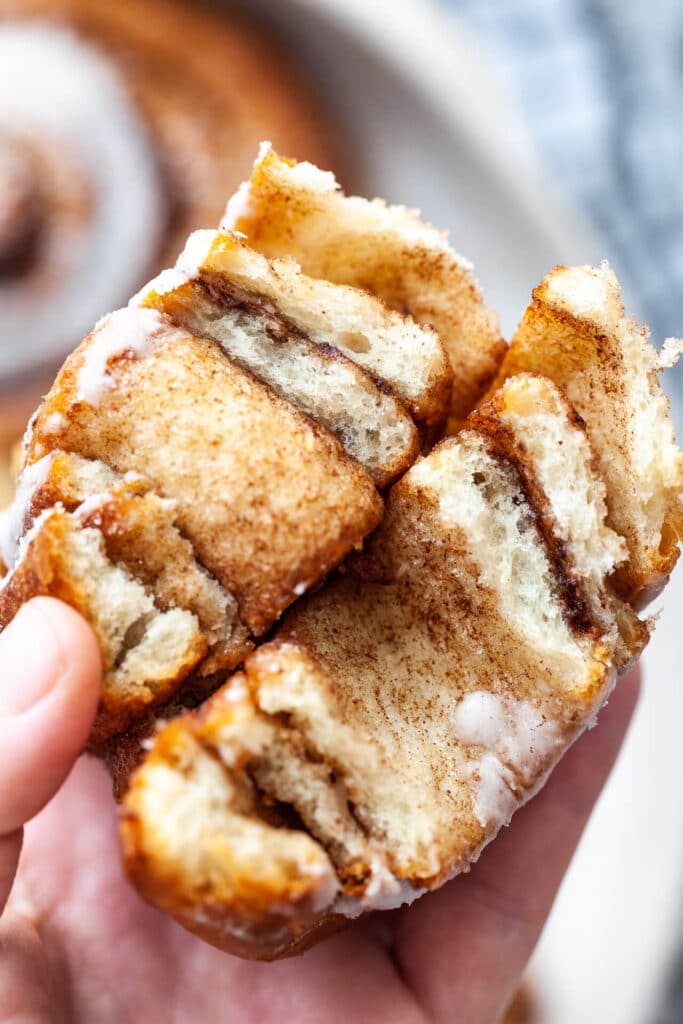 Just add all the ingredients to a bowl and whisk it up until smooth. Depending on how runny you like your icing, add more or less milk.

The icing will set as in time, and will not be runny anymore.

Warm cinnamon rolls are best, so serve them shortly after baking them.

You can store them in an air-tight container for up to 3 days.

We recommend reheating them slightly before serving, be it in a microwave or in the oven, but this is totally optional. 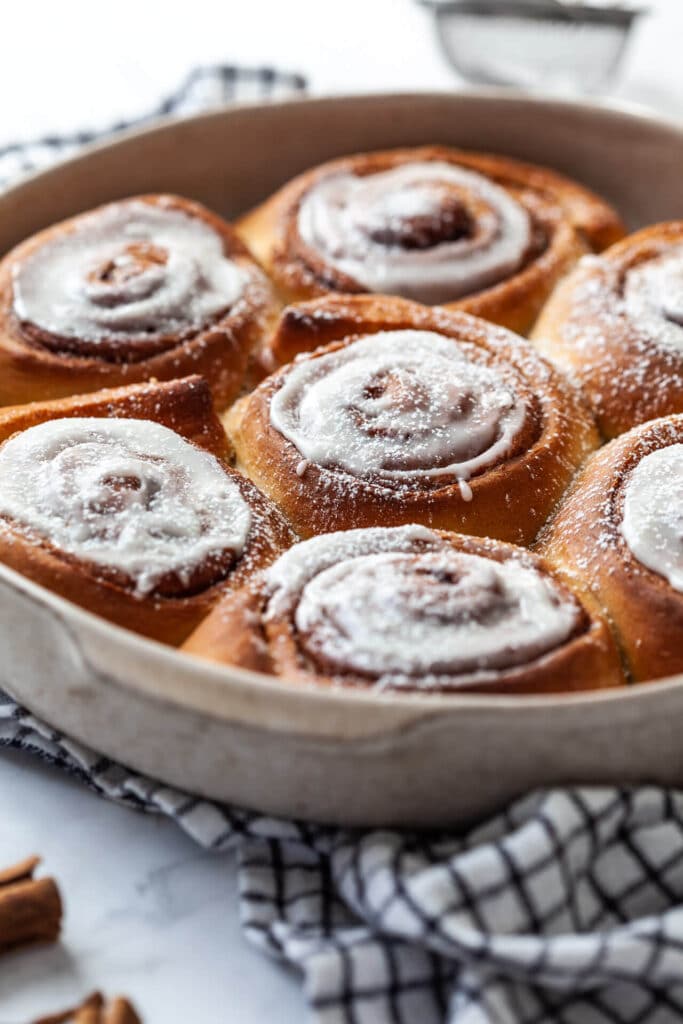 Can I freeze these Cinnamon Rolls?

Yes, you can make these Vegan Soft Cinnamon Rolls ahead – bake the rolls as instructed, them let them cool down completely, but don’t add the glaze. Once cooled, store them in a freezer up to a month.

To reheat, cover them in foil and place them in the oven at 160°C. Then, add the glaze just before serving.

What kind of icing can I use for these vegan cinnamon rolls?

Or, skip the glaze altogether, as it isn’t really necessary. Just dust them with some icing sugar, or enjoy them as they are.

Did you make this recipe? Don’t forget to tag us on Instagram as @vibrantplate and use the #vibrantplate hashtag. We love seeing your takes on our recipes and are always happy to read your feedback in the comments. 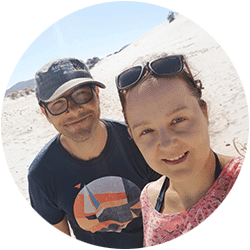 Hello, and welcome to our blog! This is Kristina and Mitja cooking and blogging. Take a peek inside our kitchen where we make easy, delicious, and healthy plant-rich meals. Read more... 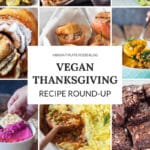 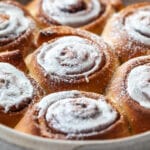 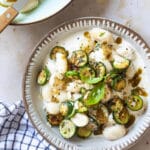 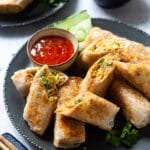 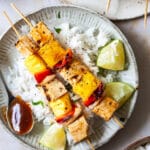 [NEW RECIPE] I am a bit late to join the Cinnamon

[NEW EASY RECIPE] . Just before the frost sets in,

[NEW RECIPE] You asked for it, so here it is! The

[ NEW RECIPE ] A quick and easy BBQ Pineapple and